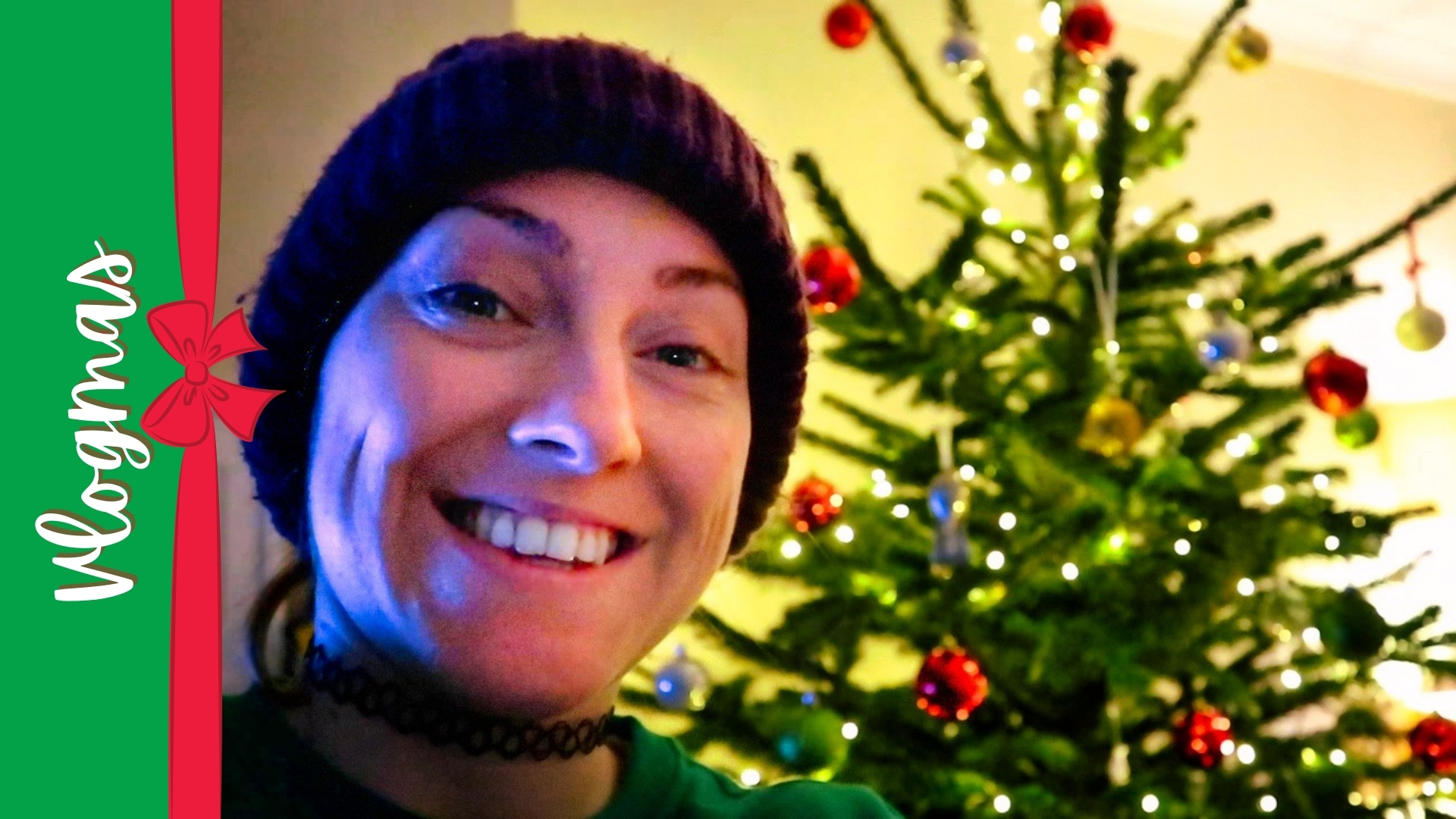 I had a rare blip in 2018 where I started but didn’t complete it, instead uploading vlogs spanning weeks instead of days. I didn’t know what I was doing with my life in 2018 and wasn’t sure if I could be uploading to YouTube with my job, so I let it drop off. I’m glad that I’m back vlogging, that I decided to come back and fully commit to YouTube (quitting my job!) and that I am back doing Vlogmas. What’s also kind of cool is having up to 5 years worth of footage to look back on from each day in December. It’s been a really interesting way to see the changes across the years!

Ireland moved back to level 3 for two weeks, which means we can travel around our county and meet friends (outside) again. I ordered from a sustainable/charity/secondhand/”vintage” Irish company called ‘Thriftify‘ and another small Irish business called ‘Irish Socksciety‘ sent me some unique socks and hats! (Video is NOT sponsored but the hats and socks were #gifted).

Alex did not love the jacket I bought myself from Thriftify but sure look, it’s for me not him?! I posted a poll on Twitter and asked people to let me know in the comments, and the result is really split, with about 50-60% saying they like the jacket. After a while on Twitter, the Thriftify twitter account even tweeted their support of the jcacket – I was weak laughing. I love the random things Alex and I go to war over! 😂

Our friends also sent a lovely card and gift after hearing about our miscarriage. 🥰 Thanks guys. X

I spill the tea on not one, but two “secret” TV shows I got to work on. One is still a secret and I will let you know in the new year when I can tell you more – but I was in front of the camera on that one. The second show is the 2 Johnnies Christmas special where I worked behind the scenes as an Assistant Producer. That show will air on Christmas Eve on RTÉ 2, so make sure to tune in!

Penneys (Known as Primark, in other countries) opened for the first time in six weeks and as I was stranded without my car after leaving it in for a service, I hopped on the Luas into town and popped in to Penneys to get a Christmas jumper for my friend Jack. Having secured the Christmas jumper (which I was terrified would sell out if I waited too long), I left and went back again at 1AM to see what the craic was with a 24-hour Penneys. Penneys normally closes at 10pm here at the latest, so a 24-hour Penneys was a novelty that I had to experience!

This vlog was action-packed as it was a bumper vlog, including two days in one as I had gotten drunk with Lorraine the day before and never edited the vlog! 🙈

Firstly, I went charity shopping with Alex’s sister and bought Ruth Medjber‘s new book in the bookshop. For anyone who watched the CoronaVLOGs, you might remember that Alex & I were photographed for her book, so as soon as I spotted it in the shop I had to get one!

I went to Lorraine’s house to chat about the latest updates with her small business venture, LC Millinery in the first Vlogmas crossover ep! (with the ‘Hat Me Next Time’ series).

Due to Coronavirus cancelling all the events where people would need hats, Lorraine needed to think outside of the “block” (Milliner joke) and she moved into facemasks, doggy bandanas and even has a few more ideas up her sleeve. Shop here.

During the conversation, we made plans to work together to release a number of masks! I will pick the fabric and she’ll make and sell the masks, and they will be officially “my” masks! So exciting!

She also challenged me to a 28-day manifestation programme. We’ll see. 🤔

This was the single maddest day in a long time. I scheduled way too much for the one day, including a podcast, a livestream, lecturing, meeting a friend to swap Christmas presents and then trying to fit in editing and uploading a vlog too!

After the present swap, I was witness to an incident of what I think was domestic violence. I reported it to the Gardai, and I really hope that they could do something about it.

Lorraine and I went on a fabric shopping trip to pick the fabrics for the ‘Clisare masks’! We went for lunch, had a few cocktails and the rest is history and the vlog I had been meant to edit that day never got uploaded! However, it felt great to actually do something with my Saturday and not just spend it recovering from the work week (the commute, mostly!). There’s a lot of things I love about being self-employed now but actually being able to enjoy my weekends is definetly one of them.

🎶 On the 10th day of Vlogmas, my true love helped meeeee…. to put up a Christmas tree! 🎶

I also started a “Millie Cam” due to popular request… which is just footage of Millie. But she’s so cute!